I have another blog where I analyse film and film theories, so I thought I would transfer some of them onto here.

Traditionally in society men held the power, so this was represented the same way in film. Masculinity was seen to be superior to female qualities, so these have been overrepresented in the media. Women played characters that suited the male lead and challenged the men but never in a way that would take their power. Because all the major film companies were controlled by men, they made films that showed men and women how men wanted them to be shown. In actions films the hero was almost always male (James Bond, Indiana Jones, Die Hard, Rambo) and all these characters are exaggerated examples of masculinity. In these films women would play the stereotypical role of the damsel in distress, who would inevitably fall for the charms of the hero. I am going to look at the film Billy Elliot (2000) to see how this film breaks the stereotypical masculine lead and breaks the gender roles.

Billy is a young boy who is pushed into boxing lessons when he actually dreams of practising ballet. This is already a problem as he lives in a town with strict gender roles, and if he doesn’t stick to these roles he will be singled out. Billy’s father is the main cause of Billy’s fear of escaping his masculine role of taking boxing lessons, his father believes ballet is strictly for girls and tries to teach Billy the roles of men and women. This argument shows us the conflict between the conventional gender roles and the modern interpretation of gender. Billy is trying to break these traditional boundaries and break through to the modern times of gender roles constantly being challenged so men and women can break in and out of these ‘’roles’’.

The film is special as you no longer have the macho male, but instead a young boy fighting against the gender role assigned to him by society and his father. His father can not understand that Billy is still heterosexual because he wants to learn how to dance. His view is black and white, if a boy wants to partake in girl’s activities his must be gay. Billy defends this choice, showing throughout he is confident in his sexuality and that male dancers are just as masculine as conventional men. In the end Billy’s perseverance shows his father a different side to masculinity that is not shown a lot in films. He proves he can show femininity and still identify as a heterosexual male.

Billy Elliott shows how far gender roles are being pushed in films. People are now accepting the fact women are no longer just the damsels in distress, but also strong action heroes or professional smart women. And that males can be more than just womanising lead characters, but also have their weaknesses and passions that dissolve the gender stereotypes. 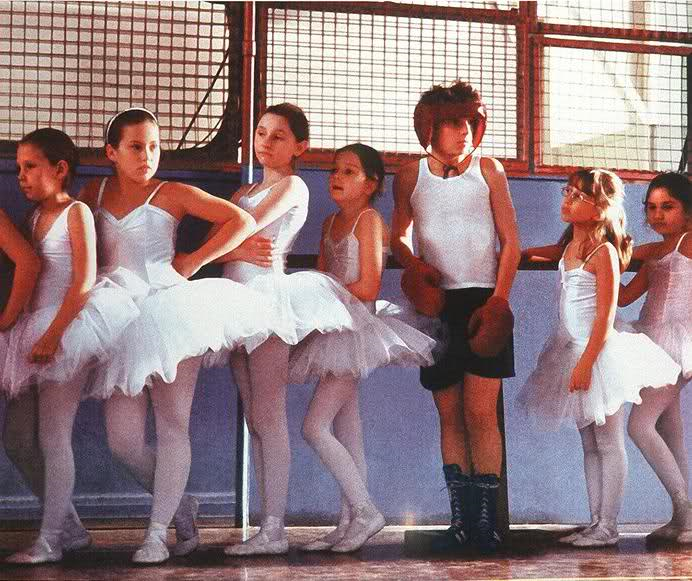